This post is long overdue since 2010.Q1 came out over a month ago now, but it’s better late than never. The bullet-point feature list for 2010.Q1 typically includes something like “improved remote replication", but what do we mean by that? The summary is vague because, well, it’s hard to summarize what we did concisely. Let’s break it down: 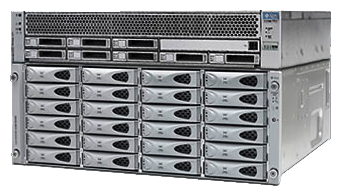 Improved stability. We’ve rewritten the replication management subsystem. Informed by the downfalls of its predecessor, the new design avoids large classes of problems that were customer pain points in older releases. The new implementation also keeps more of the relevant debugging data that allows us to drive new issues to root-cause faster and more reliably.

Enhanced management model. We’ve formalized the notion of packages, which were previously just “replicas” or “replicated projects”. Older releases mandated that a given project could only be replicated to a given target once (at a time) and that only one copy of a project could exist on a particular target at a time. 2010.Q1 supports multiple actions for a given project and target, each one corresponding to an independent copy on the target called a “package.” This allows administrators to replicate a fresh copy without destroying the one that’s already on the target.

Bandwidth throttling. The system now supports limiting the bandwidth used by individual replication actions. With this, customers with limited network resources can keep replication from hogging the available bandwidth and starving the client data path.

Improved target-side management. Administrators can browse replicated projects and shares in the BUI and CLI just like local projects and shares. You can also view properties of these shares and even change them where appropriate. For example, the NFS export list can be customized on the target, which is important for disaster-recovery plans where the target will serve different clients in a different datacenter. Or you could enable stronger compression on the target, saving disk space at the expense of performance, which may be less important on a backup site.

Read-only view of replicated filesystems and snapshots. This is pretty self-explanatory. You can now export replicated filesystems read-only over NFS, CIFS, HTTP, FTP, etc., allowing you to verify the data, run incremental NDMP backups, or perform data analysis that’s too expensive to run on the primary system. You can also see and clone the non-replication snapshots.

Then there are lots of small improvements, like being able to disable replication globally, per-action, or per-package, which is very handy when trying it out or measuring performance. Check out the documentation (also much improved) for details.