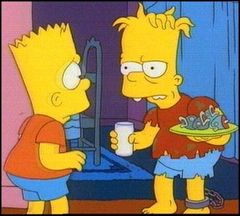 When we first announced the SS7000 series, we made available a simulator (a virtual machine image) so people could easily try out the new software. At a keynote session that evening, Bryan and Mike challenged audience members to be the first to set up remote replication between two simulators. They didn’t realize how quickly someone would take them up on that. Having worked on this feature, it was very satisfying to see it all come together in a new user’s easy experience setting up replication for the first time.

The product has come a long way in the short time since then. This week sees the release of 2010.Q1, the fourth major software update in just over a year. Each update has come packed with major features from online data migration to on-disk data deduplication. 2010.Q1 includes several significant enhancements (and bug fixes) to the remote replication feature. And while it was great to see one of our first users find it so easy to replicate an NFS share to another appliance, remote replication remains one of the most complex features of our management software.

The problem sounds simple enough: just copy this data to that system. But people use remote replication to solve many different business problems, and supporting each of these requires related features that together add significant complexity to the system. Examples include:

These use cases inform the design requirements for any replication system:

That’s an overview of the design goals of our remote replication feature today. Some of these elements have been part of the product since the initial release, while others are new to 2010.Q1. The product will evolve as we see how people use the appliance to solve other business needs. Expect more details in the coming weeks and months.